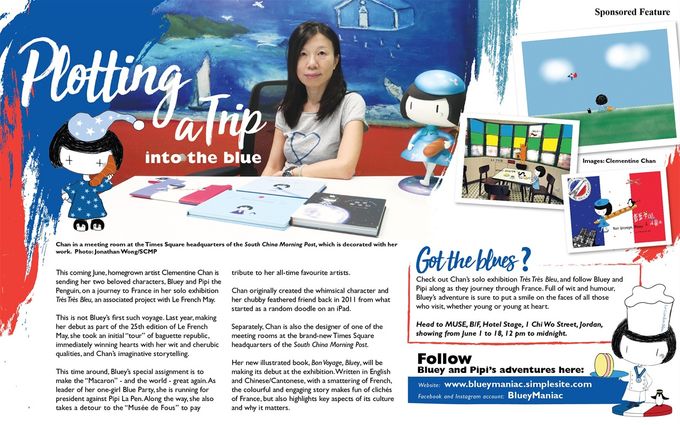 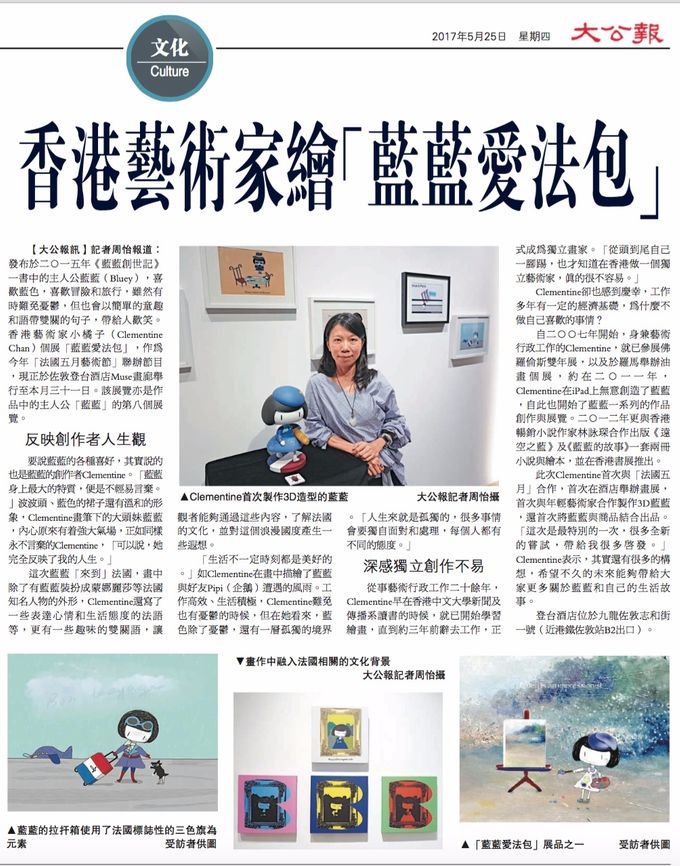 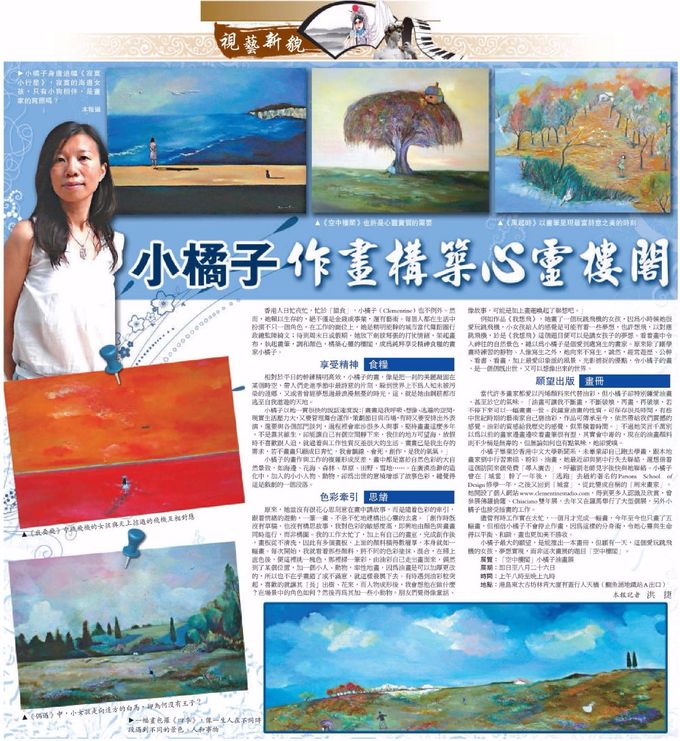 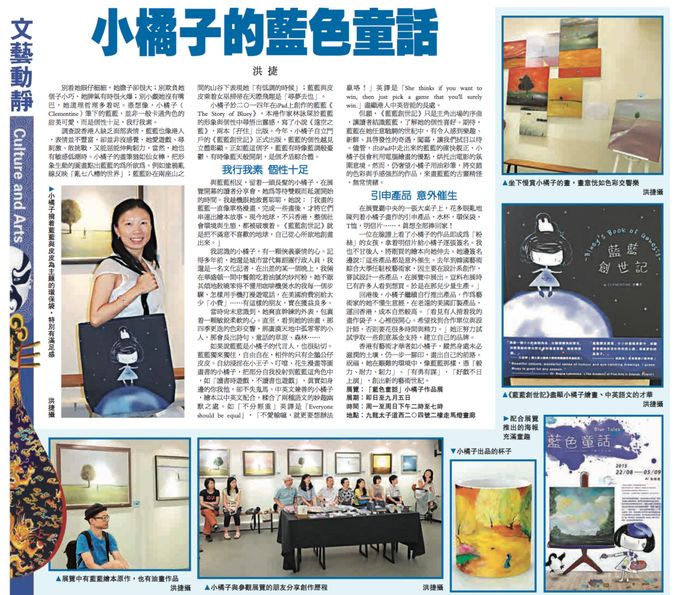 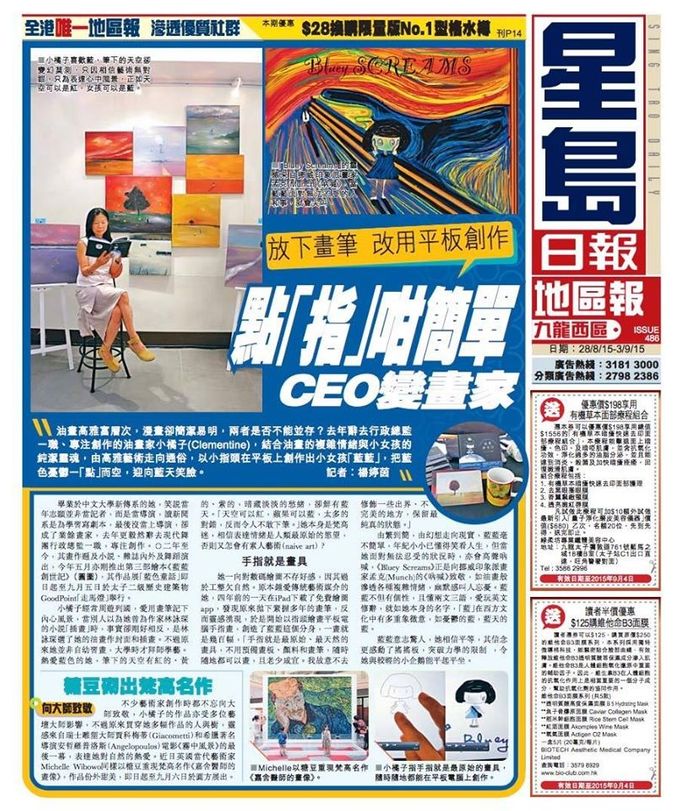 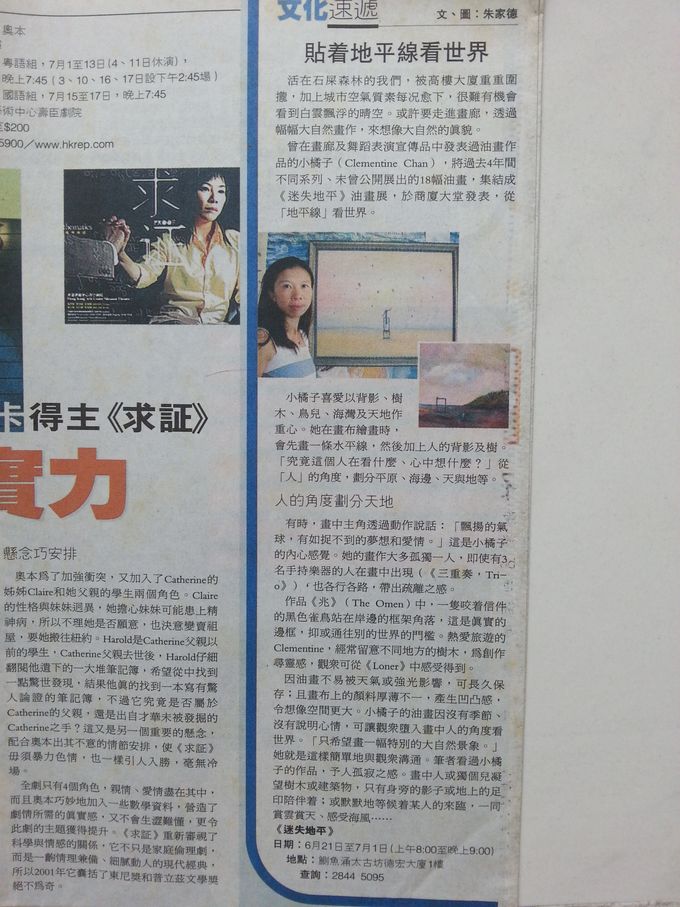 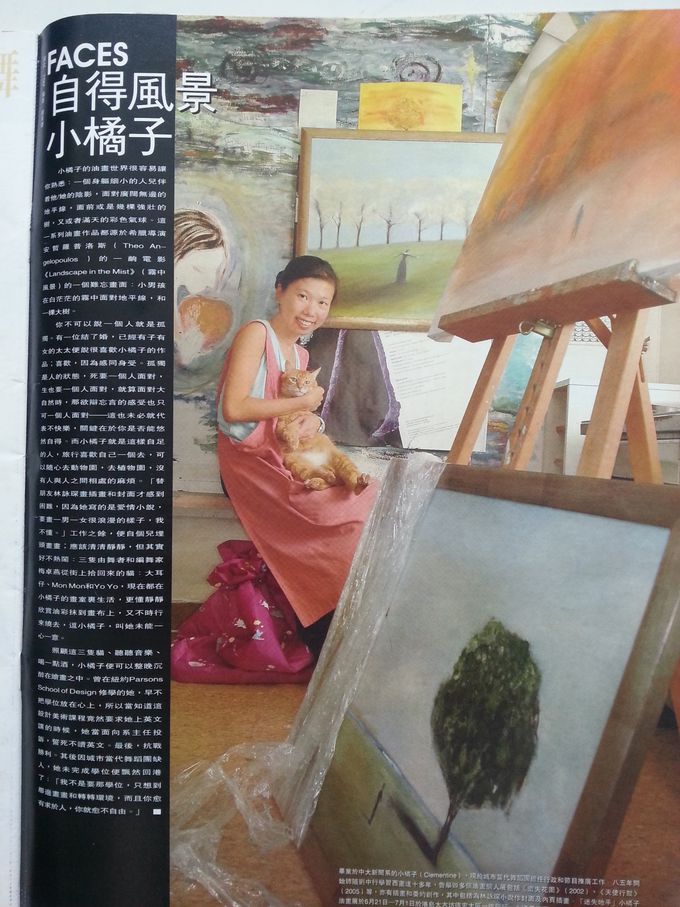 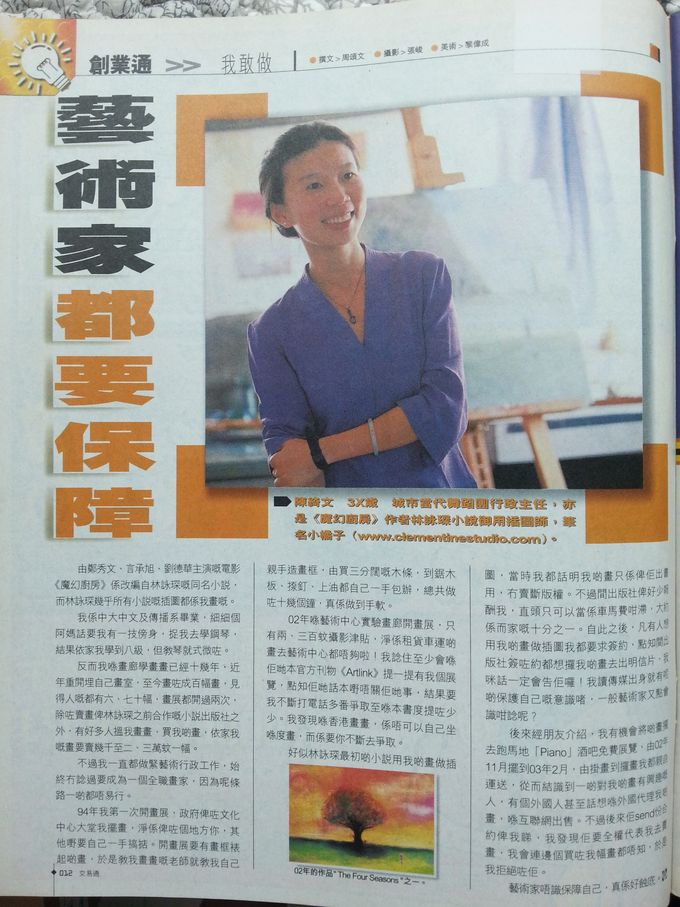 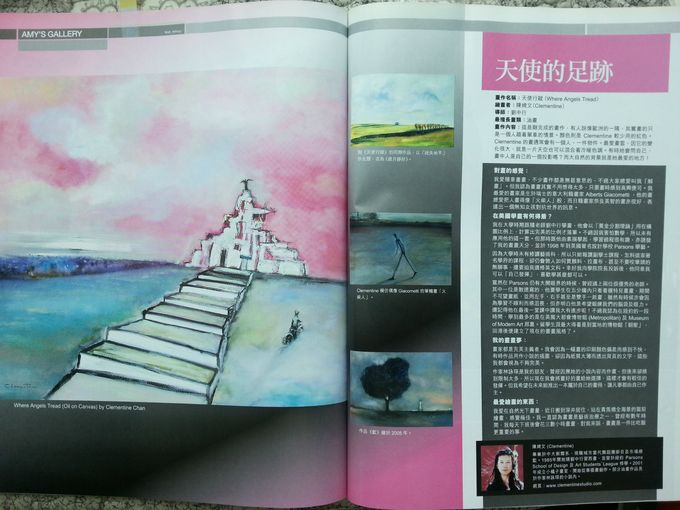 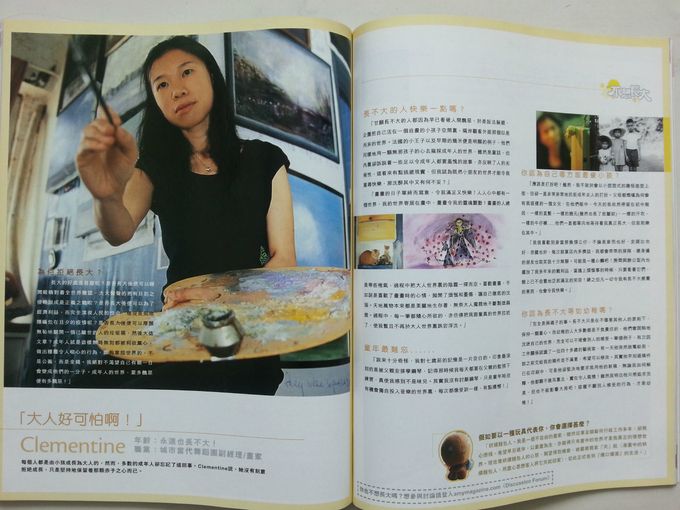 Preview of The World of Bluey, SCMP, HK

The World of Bluey

THE WORLD OF BLUEY  Clementine Chan "I suppose she is my alter ego - I was quiet when I was young and spent a lot of time alone," says Hong Kong artist Clementine Chan. "And I spent a lot of time at the zoo to indulge my love of animals."The "she" Clementine is referring to is Bluey, the whimsical girl in a blue dress who is the centrepiece of her series "The World of Bluey", now on show at Taikoo Place.The Hong Kong show, however, is not Bluey's debut. Last year Chan exhibited at the Frammenti d'Arte Gallery in Rome. Next year she will take the exhibition to Taiwan. Chan has been showing in the city since 1994.Like Chan, Bluey's favourite colour is blue and she loves animals. In the series, Pipi the penguin is Bluey's best friend - much like the relationship between Snoopy and Charlie Brown from the Peanuts comic strip, which is one of Chan's favourites.And like that other popular comic character, Hello Kitty, Bluey does not have a mouth. She prefers to express herself with short and witty phrases."I love playing with words. At the moment, all the sayings are in English but I plan to release them in Chinese - they will follow classical Chinese poetry and literature, of which I'm a fan."Chan was inspired by 19th-century German Romantic landscape artist Caspar David Friedrich, in particular his Wanderer Above the Mist (1818). Much like that painting, the series presents a figure looking into the emptiness, with hints of loneliness, meditation and wonderment.Bluey came into existence in 2012, while Chan was finger painting on her iPad. While the drawings are simple, the character is complex."Bluey is quirky, poetic, philosophical, political, a bit crazy and depressed, but always full of humour."For now, Bluey can only be found on postcards and greeting cards."Bluey has a bright future. I recently quit my job as an administrator at a dance company to focus full-time on her. I want to develop the character and expand the merchandise to include bags, T-shirts and mugs."kylie.knott@scmp.com Linkbridge, Lincoln House, Taikoo Place, Quarry Bay, daily 8am-9pm. Ends March 17 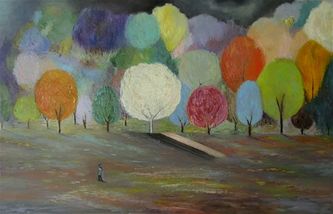 "The paintings of Clementine Chan are well represented in the ongoing dialogue between man and environment, between beauty and nature, which are the area's favorite themes - Travel, Nature, Thought, Time. The artist prefers for her subject pure forms, vibrant colors and lit by a changing light invades her works. The atmosphere is calm and quiet, but a silence that makes noise - the sound of silence - the work is pervaded by a profound sense of mystery and suspension." Galleria Tondinelli, Rome

I'm a paragraph. Click here to add your own text and edit me. I'm a great place for you to tell your story and let your visitors know a little more about you.

Thanks! Pls reserve one for me, I will go to buy on Tuesday evening around 8:00 pm

thx! i have to prepare another copy for you. can send to you by courier once ready next week. pls give me your contact at trustnil@gmail.com for further arrangement.

It's digital drawing on photo. Signed limited edition of 50. $1800 with frame.